Breaking Through the Barrier 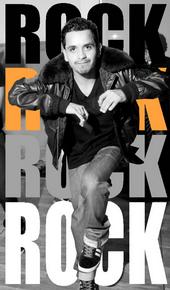 There is a battle raging every Wednesday night in Fullerton among youths.

They are not fighting with guns or knives.

Not with harsh words or threats.

Their weapons? Their most impressive dance moves.

27-year-old Eddie Barragan, also known as “Lil Rock,” has been teaching free break dance lessons at the Independence Park Recreational Center for over a year.

The well-known “b-boy,” as male break-dancers are called, brings thirteen years experience to the park’s recreational center every Wednesday night.

“My brothers used to dance in Mexico and then I came here to Fullerton High School and they used to break dance during lunch,” he said.

Barragan said watching his peers break dance motivated him to try it out.

“At the time I came from Mexico, I didn’t know English and I didn’t have any friends. When I saw my classmates’ reactions to the break dancers, it made me want to be a part of that.”

Now as a professional dancer, he wanted to give back to the community he grew up in.

“I just showed up one day [at Independence Park] and said I wanted to teach a break dancing class,” he said. “I told them I would do it for free because all I want to do is teach the youth around here different motivations and inspirations so they can come up different than other kids in their neighborhood.”

On late afternoon going into the early night, Barragan teaches a group of children, pre-teens and, at times, their parents the latest break dancing moves.

The students also “battle” each other where they take turns showing off their best steps to a hip hop beat.

Barragan said there are young people who have attended lessons for the whole year.

“I can tell they have a love for it and are never going to quit now,” he said.

Barragan said there is a diverse group of youth who come to the lessons.

“Some come from wealthy families and some are wearing the same shoes they wore the first day,” Barragan said. “They don’t have any other pair of shoes and their toes are sticking out.”

He said there are a handful of students who come from working class poor families and call him every once in a while just to talk.

“I feel like I am someone who can guide them,” Barragan said. “I can see I have affected some of the kids more positively than anything in their whole lives.”

He said he feels a lot of the youth he sees are surrounded by bad influences in their neighborhood.

“I give them the opportunity to do something different than the negativity around them,” he said. “The lessons give them a reason to wake up every morning”

One of the young teens he has taught is from Truslow Street, which is a low-income neighborhood outside of downtown Fullerton. It’s an area local law enforcement associates with gang activity.

“I’ve known him since he was a baby and he started coming here when he was thirteen,” he said. “Since he has come here, he has stayed away from all those bad influences around him. He is focused now.”

Barragan said one of the reasons youth become involved in gangs because their parents were either doing it before or they are doing it now.

He said others come from the country he came from and only know of an impoverished life.

“There are some kids who come from Mexico and have to move to these poor neighborhoods and all they know are gangs and drugs,” he said.

The struggle to fit in with those around them is part of the problem, Barragan said.

“They see nothing else to do but to try to fit in and do what is cool on their block,” he said. “You don’t want to be considered a wuss or a little punk so young people feel they need to hold their ground within these certain communities.”

As far as what the community can do for young people, he said people can do what he is doing: teach whatever talents you know in order to motivate the youth.

Barragan said the most important thing we can teach our youth is responsibility. He said the key to it is people in the community getting involved to motivate the youth.

“However you were motivated, try to bring that same feeling for these kids who don’t have that in their lives.”

Barragan said he is trying to do his part with the free hip hop break dancing lessons.

“What we do here is real hip hop that affects kids and parents in a positive way,” he said. “True hip hop is positive. It’s art, it’s dance, it’s music, it’s expression, and for some people, it’s life.”

← There Goes the Child ‘Hood
Enhancing The Youth →